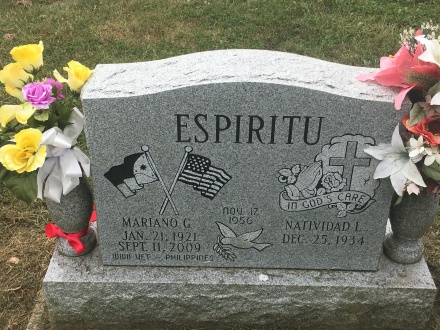 I have just, once again, as if for the first time, discovered a reason why it is that I am, at times, drawn to watch news reports and read articles on current events of note through our present times, suddenly reacquainted with an awareness of what drives me to keep on keeping on being and becoming ever more abreast of issues with insightful perspectives to bear witness and to hopefully be deeply prescient upon the recent and ongoing plights of our society today.

The sordid significant streams of self-disquietingly thoughtful reflection serendipitously sought that, eventually, seemingly inundate, satiate and suffuse one’s inner life, apparently help reconnect me further with a continual desire to remember my father’s love and loves of life, family and friends along the journey of journeys unto eternity.[1]

I miss my Dad. I yearn for whatever semblance of paternal wisdom and fatherly advice he would generously, keenly and timely provide throughout life lived together with loved ones.

I remember watching Dad in his retirement, intently viewing television for hours on end with focused concentration and undistracted attention toward various items in a variety of news broadcasts. There would be several sections of journalistically reputable newspapers strewn about after his reading them each day throughout the week and especially the Sunday edition of prominent publications hot off the press along with a diverse plethora of weekly and monthly magazines from subscriptions and sometimes nearby newsstands in town. This would inevitably well inform his contributions to stimulating dialogue in the casual course of engaging conversations with others.

By his example, Dad inculcated in me a cultivating, captivating curiosity for currency in national and world affairs that would have untold repercussions on my developing certain principled views on civics and international issues. A lawyer, labor and business leader in his decades long career following higher education and training, after service in the Philippines under U.S. General Wainwright’s command during WWII, my veteran father’s acute and heightened sense of duty, righteousness and responsibility concerning liberty and justice for all was a poignant influence on his son’s worldview. It would later serve to strengthen my vocation in ministry upon encountering the theological approach of holding the bible in one hand and the published news of current events in the other while praying through daily devotions with the offering of intercessions unto the One able to accomplish that which would address our concerns for the day.

I am continuously seeking, searching for such tethered feeling of ancestral embrace with my father, imagined as though face to face. I constantly aspire toward that experience of parental approval uniquely obtained from the relationship key to a sense of identity as a man’s man can only derive from that one filial connection. It speaks to a familial interconnectedness. One realizes, albeit posthumously, that such transcendent inheritance is more pertinent and important to a farther extent than they had even already been aware of before. The reality of a parent’s impartation of prosperity in perspectives prior to their passing is wrought with similarity of sentiment on to one’s own progeny for posterity in perpetuity.

We visited his grave on Friday, Mom and I and three among my younger of six daughters. They, their “Lola”/my mother, and I marked the time together in loving remembrance on 9/11 eleven years after his departure from this earth, now nineteen years since our nation’s terrible experience of world events on September 11.

We are left upon the aftermath in the wake of unspeakable grief and loss continuing on amidst times of global uncertainty amongst hundreds of thousands more afflicted and multiple millions affected through the present pandemic. I am bereft of sensibilities it seems at this point potentially desensitized to the dearth of dread for deathly disease plaguing the nation’s most vulnerable among us. I wonder what Dad would say today.

[1] “Now unto the [One] Eternal, Immortal, Invisible, the Only Wise—be honor and glory forever and ever, Amen.”